The Recovery Phase of the Pedal Stroke

Knowledge and understanding of the upstroke are important to pedaling power and performance.

Often referred to as the Upstroke, the Recovery Phase is the portion of the pedal stroke during which force is no longer applied in a downward direction, and is most simply described to be between 6 and 12 o’clock (180 to 360 degrees).

Little brother to the Power Phase, which is rightfully and undoubtedly believed to be of key importance to performance, the upstroke is often overlooked.  There may be a good reason for that!

Although termed the recovery phase, there is debate whether our legs are actually taking a rest during the upstroke, or if muscle force is required and necessary to pull the pedal upward.

An overview and analysis of this often neglected portion of the pedal stroke will make it more clear and provide insight into how to use the upstroke to our greatest performance advantage.

The Pedal Stroke in Greater Detail

A more detailed breakdown of the pedal stroke divides it into 4 phases distinguished as follows:

The Role of the Muscles on the Front of the Shin

The Role of Hamstrings

From 8 till 10 o’clock, the muscles of the hamstrings (the biceps femoris, semimembranosus, and semitendinosus), contract to pull the foot toward the buttocks. This upward motion creates a bending (or flexion) of the knee.

The Role of the Muscles on the Front of the Hip

The hip flexor muscles (the psoas and iliacus), located on the front of the thigh, are activated between 10 and 12 o’clock. The hip flexors act to complete the upward portion of the recovery phase by pulling the knee towards the trunk, preparing the leg for the initiation of the downstroke.

The ‘Pulling the Pedal’ Myth 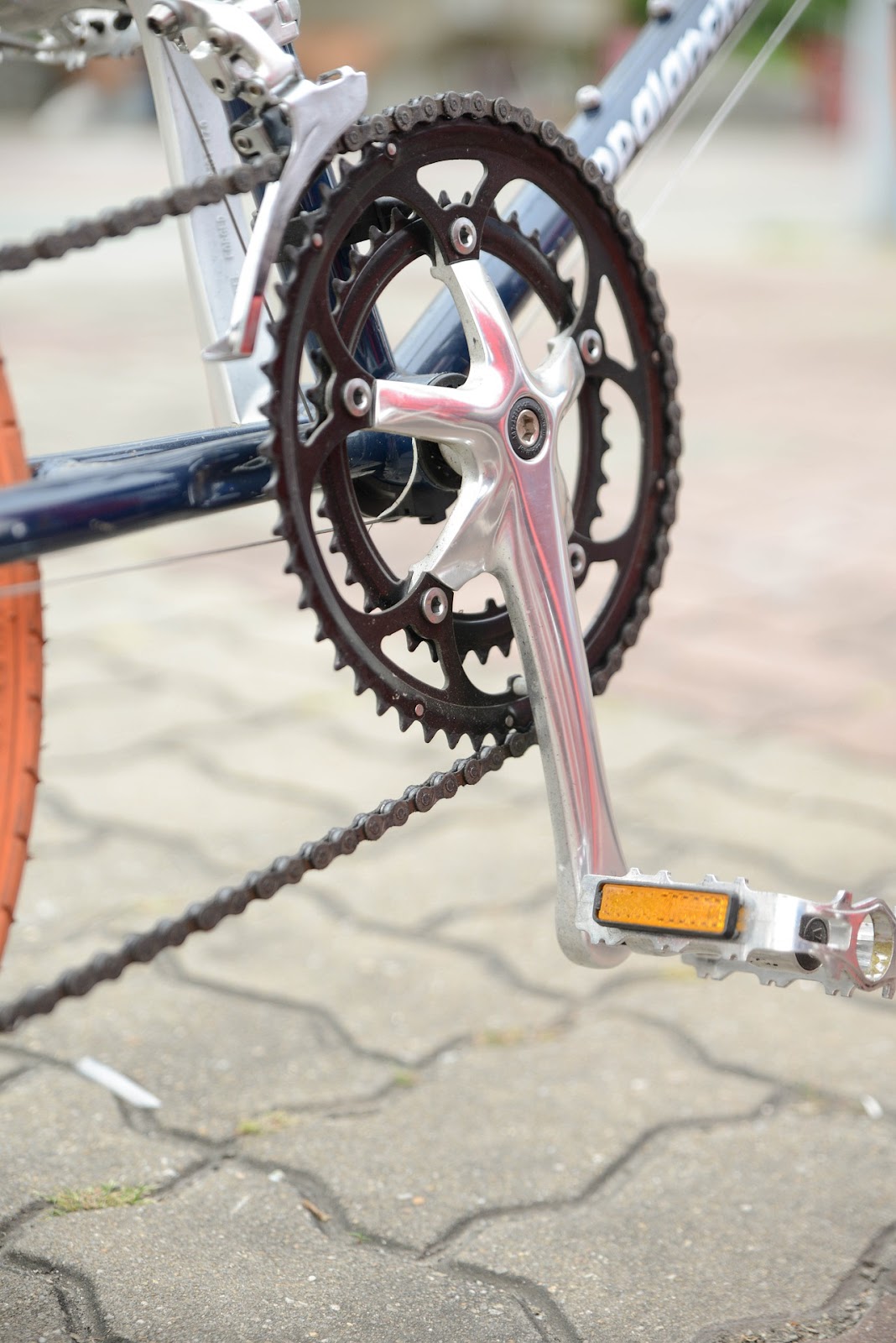 While it is interesting and valuable to know the muscles utilized during each a spect of the pedal  stroke, those activated during the recovery phase are of minor importance to the overall force produced during pedaling.

In fact, ‘pulling the pedal’ is arguably a myth, and it is believed that there is little if any power benefit (less than 5%) to doing so.

Moreso, the pedal is acting to push your foot upward, and the most efficient pedalers lose the least amount of power by getting it out of the way.

The upward force generated by the hamstrings, hip flexors, and shin muscles are of greater emphasis when climbing, especially during out of the saddle efforts.

Amount of Power Produced During the Pedal Stroke

The force produced while cycling always contributes 100% to its motion. That is to say, no energy is lost in applying force in the wrong direction.

Power isn’t applied equally around the entire pedaling cycle, however. There is a significantly lesser amount of power produced during the downstroke than during the upstroke.

Our quads and glutes are much more efficient and effective at applying pressure while extending the leg than our hamstrings are at bending our knee and hip.  In addition, if force was to be produced equally during the entire stroke there would be no time to rest, and that just isn’t realistic.

The Transitions are Key

It is important to train the transitions. By becoming efficient at applying force, and focusing on eliminating periods of little to no force production (dead spots), the transition from downstroke to upstroke, and vice versa, is more effective. Rather than focusing on pulling the pedal to improve our pedaling power, our time is better spent on smooth transitions.

It is in this area that the Pros differentiate themselves from recreational cyclists like us.  Studies suggest that most professional cyclists are highly efficient at eliminating the dead spots in their pedal stroke, and it shows.

The Role of Bike Fit and Position

Improper or ineffective bike position is a factor in pedal stroke power and efficiency. If your saddle is too high it hinders the transition from the downstroke to upstroke and won’t allow you to drive your heel downward.

The opposite is true with a saddle that is too low.  More importantly, it produces excessive stress upon your knee thereby increasing the risk of overuse injury.

In addition, if your saddle is positioned too far backward and/or your crank is too long, a greater amount of energy is required to apply force. This produces a dead spot during the backstroke transition.

If your crank length is too short, the muscles you use during the power phase of the pedal stroke are not put in an optimal position to contract most effectively, and less power is generated.

A breakdown of the power phase, or downstroke, allows for a much more clear and logical approach to the implications of the knowledge of its components than that of the upstroke.  Nonetheless, through awareness of the pitfalls associated with improper upstroke technique, and what the causes may be, a performance edge can be ascertained.

Pedaling power and efficiency are important and can be improved by focusing upon technique.  There are ways to train for a smooth supple stroke.

In our never-ending search for marginal gains, training for optimal pedaling efficiency is yet another potential source.  We will explore this important topic further in our next article.

How is your pedaling?

Do you think you have a smooth pedal stroke?  If yes, what makes you think that way?  Your fellow virtual cyclist would appreciate your insight.

Semi-retired as owner and director of his private Orthopedic Physical Therapy practice after over 20 years, Chris is blessed with the freedom to pursue his passion for virtual cycling and writing. On a continual quest to give back to his bike for all the rewarding experiences and relationships it has provided him, he created a non-profit, and through its work and the pages of this site, Chris is committed to helping others with his bike. His gain cave is located on the North Fork of Long Island where he lives with his beautiful wife and is proud of his two college student children.

As knee replacement technology improves post-surgical rehab is less extensive and cyclists are getting back sooner and better than before.

The power-generating capacity of our glutes and quads is of primary importance, but scientists reveal that our calf muscles are essential in producing sprint cycling torque.

Continuous Glucose Monitoring and How it Can Make You a Better Cyclist, and Virtual Cyclist

An interview with beta-Zwifter and Supersapiens test athlete Pete Butler!

Virtual Case Study: Pain in the Front of the Knee While Cycling

Ride strong without that nagging pain in the front of your knee by following these tips!

Virtual Case Study: Pain in the Ankle and Foot When Cycling

By following these bike fit, shoe choice, and muscle flexibility tips you can prevent ankle and foot pain from taking the fun out of your ride.

Become a member of The Zom community and get more interesting and helpful content like this directly to your inbox.