If you are satisfied in the ability to just take a ride, not concerned with how to make yourself faster, ride longer with less fatigue or discomfort, and avoid injury, your carefree spirit is admirable.

If like me, however, your prevailing daily thought is much to the contrary, and knowledge of the pedal stroke and the muscles used during it, is perceived to be of utmost importance.

Spoiler alert:  It’s not all about the quads!

Read on to determine why and what you can do to optimize your power, efficiency, and comfort while “turning the pedals in anger.”

Phase One of the Pedal Stroke – The Downstroke

The glutes produce powerful hip extension, while the quads produce knee extension, and together they work to extend your leg and generate force downward into the pedal during the initial phase of the pedal stroke. 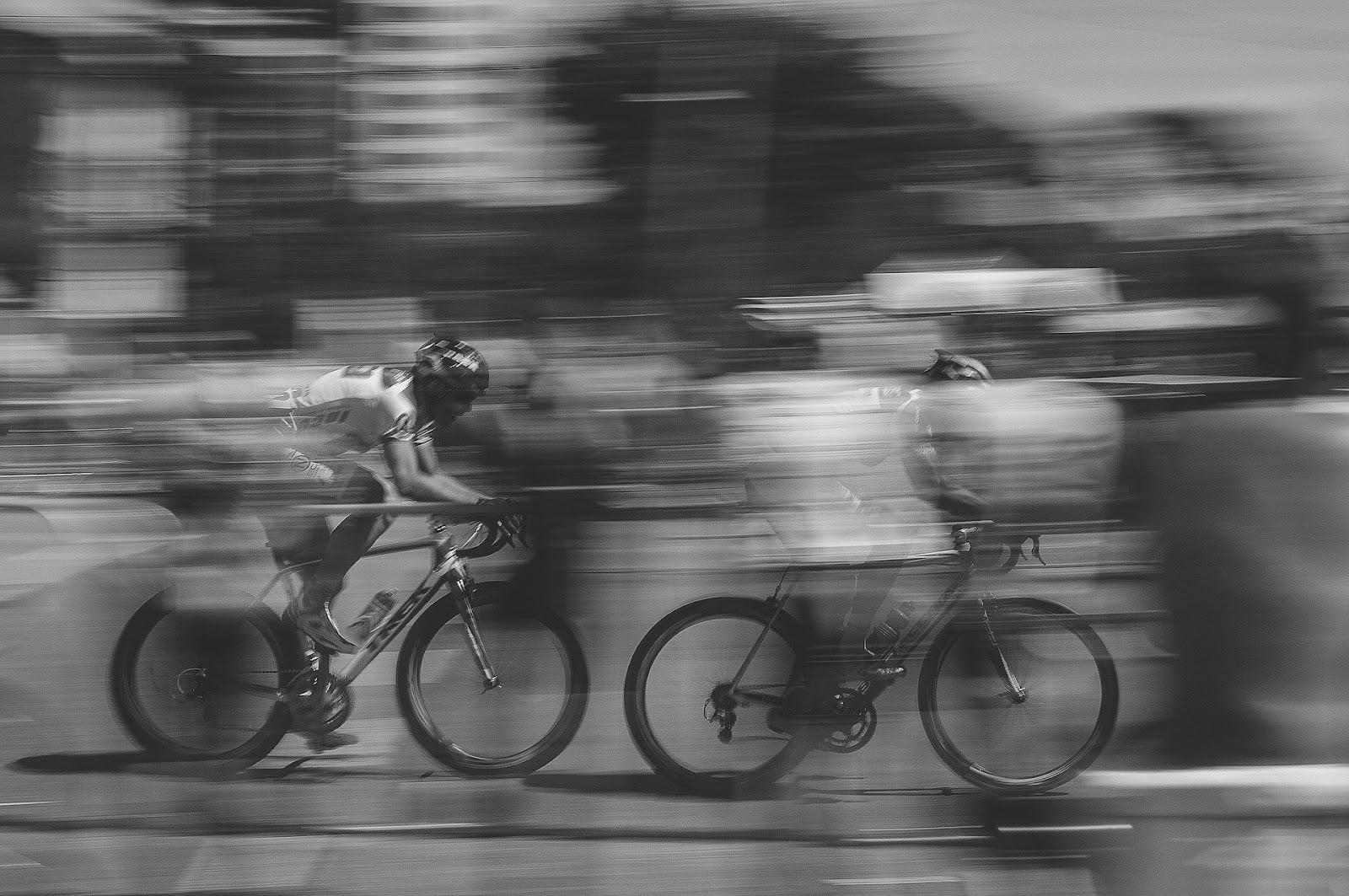 The Role of the Quads

The quads activate just slightly before the top of the stroke (around 11 o’clock) and begin to extend the knee, reaching maximum force production at ~2 o’clock (60 degrees). The force produced by the quads reduces significantly at ~3 o’clock (90 degrees) and ceases altogether at ~4 o’clock to allow for pulling back on the pedal.

The Role of the Calves

The calf muscles are utilized to counteract the external forces pushing the toes up and heel down and prevent the heel from dropping at ~3 o’clock (90 degrees). Weak calf muscles can be a major reason for heel drop and loss of power during the downstroke.

During the transition between the downstroke and the upstroke, referred to as the backstroke, the calf muscles are fired to point the toe. At the bottom of the stroke, the toes should be pointed down 20 degrees to ensure that all of the power produced during the downstroke is put into the crank.

This technique is referred to as ‘ankling’ and was popularized by Greg LeMond when he said,

“Act like you’re scraping mud off the bottom of your shoe.”

The Role of the Hamstrings

During the majority of the downstroke, the hamstrings are activated to stabilize the knee to coordinate motion, ensuring smooth action and controlling the direction of force transferred to the pedal.  This is similar to the role of the calf muscles until the transition to the bottom of the stroke requires their activation to facilitate an optimal transition to the next phase, the backstroke.

The hamstrings are also activated to extend the hip as you come over the top of the stroke. The key is to drop your heel at 12 o’clock, going from a position where your toes are pointed down about 20 degrees, to a heel position 10 degrees past parallel by the time you reach 3 o’clock.

The Role of the Glutes

The glutes, which consist of the maximus, medius, and minimus, are the largest muscle group in the body, and crucial to providing powerful pedal strokes.  In addition, they control the rotational motion at the hip and stabilize the knee.

The glutes activate at the top dead center of the stroke (12 o’clock or 0 degrees) and remain active during the entire down stroke.  Peak power production occurs at ~4 o’clock (120 degrees) where the combined force of the glutes, quads, and hamstrings is maximized.

Are the Glutes Our Most Important Cycling Muscle?

The glutes are perhaps the most important muscles to consider when trying to optimize your pedaling power and efficiency.   Here’s why:

When most cyclists think about the muscles used while pedaling, thoughts immediately turn to the quads and getting them as strong as possible.  In actuality, the quads play an important role in our performance, but it doesn’t stop there.

The other muscles of our lower body, the hamstrings, and calves, which often go overlooked, play a part and must be strong to provide force and maintain stability.

Most important, however, is the role that the glutes play in maximizing our cycling performance and preventing injury.  It is essential not to neglect your glutes if you want to ride strong and not have pain in the process.

Doing so will result in decreased power production during the downstroke, rapid fatigue, and progressively worsening soreness of the back and joints.  That is no fun at all!

Did you know how important the glutes were to your riding?  If not, does it change the way you will prepare and ride in the future?

Semi-retired as owner and director of his private Orthopedic Physical Therapy practice after over 20 years, Chris is blessed with the freedom to pursue his passion for virtual cycling and writing. On a continual quest to give back to his bike for all the rewarding experiences and relationships it has provided him, he created a non-profit, and through its work and the pages of this site, Chris is committed to helping others with his bike. His gain cave is located on the North Fork of Long Island where he lives with his beautiful wife and is proud of his two college student children.

As knee replacement technology improves post-surgical rehab is less extensive and cyclists are getting back sooner and better than before.

The power-generating capacity of our glutes and quads is of primary importance, but scientists reveal that our calf muscles are essential in producing sprint cycling torque.

Continuous Glucose Monitoring and How it Can Make You a Better Cyclist, and Virtual Cyclist

An interview with beta-Zwifter and Supersapiens test athlete Pete Butler!

Virtual Case Study: Pain in the Front of the Knee While Cycling

Ride strong without that nagging pain in the front of your knee by following these tips!

Virtual Case Study: Pain in the Ankle and Foot When Cycling

By following these bike fit, shoe choice, and muscle flexibility tips you can prevent ankle and foot pain from taking the fun out of your ride.

Become a member of The Zom community and get more interesting and helpful content like this directly to your inbox.